The Fantasy Kingdoms of

"Alamaze is a treat. Speaking as a game designer, it's one of the finest designs I've seen. I like it and recommend it to experienced gamers."

"Alamaze is possibly the finest play by mail game in existence. It is certainly the most innovative design since the first PBM game emerged... It should be tried by anyone who considers himself a real gamer."

"Alamaze has all the strategy, intrigue, fear and paranoia that makes a great game. It's a great value."

"Alamaze is one of the finest PBM games on the market, today. It is fast paced and exciting. It is full of all the action, intrigue and role-playing any player could ask for."

"Among the many innovations in Alamaze is the truly fantastic magic system, unequaled anywhere in PBM. Not only does the magic system fit in with the entire game system hand-in-hand, it also shows the depth and massive amounts of designing and programming time spent lavishly in this game."

Alamaze is the multi-award winning fantasy war game set in the fantastic realm of Alamaze, considered by consensus to be the greatest PBEM strategy game ever.  Magic is often paramount, but players must also wisely utilize their military, economic, political and covert resources in order to see their kingdom prosper.

You take control of one of 24 unique kingdoms, ruling over a fledgling kingdom destined for glory at your hands.  Opposing you are eleven human opponents, each maneuvering their kingdom to likewise rise to prominence.  Strategies are very different and all have potential for victory.

Each turn you will issue more than a dozen commands to your nobles, wizards, armies, and agents to gain territory and thwart your adversaries or gain allies.  Wizards and commanders grow in power, your economy blossoms, allowing greater development.  You will send your greatest heroes to adventure to recover powerful magical artifacts.

Alamaze is the foremost game to combine deep strategy and nuance in a robust fantasy setting competing with a handful of human opponents in an absorbing contest that is a memorable adventure that will provide engrossing entertainment where each game lasts two to three months.

Every game is different, and you will have a different experience with each kingdom you control.  Alamaze is one of the only strategy games that is so good, it is going on its fourth decade, and fourth major update so everything is fresh and more exciting than ever before!

We are proud to announce that Alamaze Maelstrom, in development for two years is now available for play.   See the page for MAELSTROM.

Maelstrom is Alamaze 4th Cycle and breaks all new ground:

·        Play on the new world of Maelstrom, with 13 regions, each with regional character;

·        Play any of the 24 unique kingdoms in any region, making each game very different;

·        New strategic aspect of economic and fortification adjustment from building castles, wizard towers, ports, and other developments that play well into the late game;

·        Our superb order entry and checking platform adapted to run both 3rd Cycle The Choosing and Maelstrom.

·        All new Valhalla rankings for Maelstrom only: everyone starts with zero points.  Start with a new persona unknown to anyone, or return as your established persona, as you choose.

This is the event Alamaze enthusiasts have been waiting for, and it is here now.  If you are a returning player, send an email to signup@alamaze.co to get back in the game.  If you are a new player, be sure to Sign Up on that page to get your account with just a name and an email address.

The Fantasy Kingdoms of Alamaze 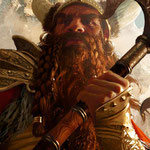 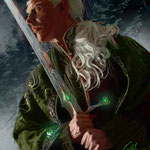 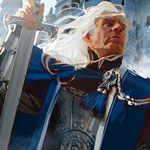 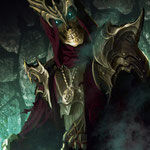 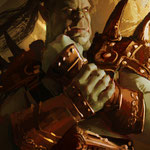 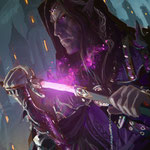 Explore this site to discover more about Alamaze, then request a Free Duel to learn how the game is played at no risk.  When you create your account (no credit card required) you'll be enrolled to try the Free Duel.  Be sure to visit and register on our forum as an additional resource and to request Duel opponents.

Alamaze is the multi-award winning fantasy war game set in the fantastic realm of Alamaze, considered by consensus to be the greatest PBEM strategy game ever.  Magic is often paramount, but players must also wisely utilize their military, economic, political and covert resources in order to see their kingdom prosper.

The Fantasy Kingdoms of Alamaze are widely varied along multiple lines: military composition, magical power and limits, political clout, strength of economy and covert resources. Kingdoms include traditional fantasy powers such as the Elves, Dark Elves, Dwarves, and also the Warlock, Sorcerer and Witch King, along with several unique kingdoms such as the Ancient Ones, the Demon Princes, the Red and Black Dragons and the Underworld.  Each has different strengths and weaknesses, and secret objectives that change game to game.

Character development is important. Military leaders gain rank through experience as do spellcasters. The comprehensive magic system includes more than 100 spells that can be researched, increasing the power of your spell casters. There also are more than 60 magical artifacts, to be taken from monstrous guardians in their lairs. Spells vary by kingdom. Other unique and important game concepts include The High Council, Skeletons in the Closet, Regional Control, and Unusual Encounters where monstrous guardians must be overcome and powerful artifacts may be discovered.

The Fantasy Kingdoms of Alamaze is a turn based, multi-player campaign styled game where each campaign will provide enjoyment for months.  The game is episodic as about 20 commands will be given per turn by each player and resolved simultaneously.  Players have up to three days between turns to consider their actions and implement their strategy in the grand tradition of text based PBEM gaming that Alamaze helped define.

Lead your kingdom to glory eternal! Call up your banner men! Summon your wizards! Sign up NOW!

In development for over a year, we are proud to announce the release of Maelstrom and the sweeping changes for Alamaze it entails on a brand new continent and featuring the fantastic new game environment where any of 24 kingdoms can begin with their capital in any of the 12 distinct regions of Maelstrom.  This creates almost an infinite number of possibilities for kingdoms in play a given campaign and it will be very exciting to see players explore all the new strategic possibilities this enhanced environment provides.

Additionally, Maelstrom introduces new abilities to enhance your realm, from greater emphasis on kingdom customization, to the construction of important buildings such as a port on one of the five seas of Maelstrom or a legendary castle protecting your capital city.

There are several new spells and improvements to existing spells and spell lists.  Now with over 100 spells available, Alamaze remains unparalleled in its deep magic system.  Kingdom spell lists are now more differentiated, so the Illusionist will play more distinctly from the Necromancer.  Even the less magical kingdoms such as the Dwarves and Halflings will have more access to the benefits of magic.

Many other enhancements and tweaks to kingdoms are included as well, including four new recruitable brigade types more formidable than the standards in The Choosing, such as Paladins and the Knights of Styx.  There is the Rule of Law, and new phases of battle among other elements to enhance your experience.

Maelstrom awaits your arrival.  Create your account in one minute at Sign Up! with no credit card required and try our tutorial and join a free Duel, or reactivate your account with just an email to signup@alamaze.co.    Once you know the ropes you’ll be ready to enjoy your first Alamaze campaign, either in Maelstrom or The Choosing.

We look forward to meeting you on the fields of Alamaze!

Meet the Necromancer, the Illusionist, the Amazons, the Lizard King, the Nomads, the Pirates, Atlantians, Great Druid, Halflings, The Tyrant, the Sacred Order and the Cimmerians.

These are in addition to 12 continuing 2nd Cycle kingdoms, so a total of 24 in play.  Each of 12 players selects a kingdom, so with 24 available, there are over 1000 possible combinations in any one game.

Lots of new spells and artifacts, A major design introduction has been Kingdom Traits, with over 20 cultural traits such as Oratory, Military Tradition, Devout, Cunning, Industrious.  These combined with traits defining magical prowess and military adeptness in each terrain.

Creating an account is less than a minute with no credit card required - see the link on the Sign Up page.  Enjoy Alamaze!